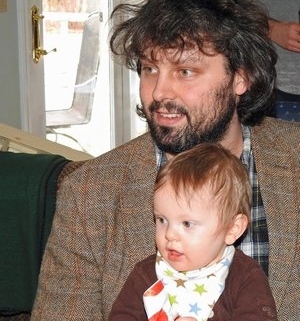 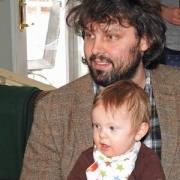 John studied both Microbiology at the University of Rhode Island and Classics at the University of the Aegean in Rhodes, Greece as an undergraduate. He completed a Master of Science in Cell and Molecular Biology at the University of Rhode Island, working on a joint collaboration between the laboratories of Dr. Albert Kausch and Dr. Stephen Dellaporta as a Visiting Assistant in Research at Yale University. During his Thesis work, he genetically profiled maize sex determination gene homologs in Nipponbare rice. The project was part of a larger effort to use current plant biotechnology to address global food security concerns by developing hybrid rice cultivars by crossing transgenic male and female sterile plants. After graduating with his Master’s, John taught community college for two years as an Adjunct Professor of Biology in Providence, Rhode Island before continuing his graduate school training and receiving a PhD in Microbiology from Yale University. During his dissertation work, he developed an intravital imaging technique to longitudinally visualize HIV-1 infection in living animals using nanoluciferase-based non-invasive bioluminescent imaging. He went on to use this technology to unbiasedly observe infection dynamics during acute, antiretroviral therapy suppressed, and rebounding infection in multiple humanized mice models at tissue and whole-animal resolutions. Currently, he is a postdoctoral fellow in Dr. Dan Barouch’s lab using single-cell RNA sequencing technology to characterize SIV/ SHIV latent reservoir generation, composition, and persistence. When not in the lab, John enjoys playing the piano, collecting vinyl records, and writing music.